Last week, as we celebrated our 10th annual PoshFest, I watched this phenomenal community come together to inspire and support one another, embrace new ideas and build your businesses together. As I connected with many of you, I felt deeply energized and confident in our shared future. That’s why I’m thrilled to share our next step as a business, and what it means for you, the millions of Poshers who are the heart of this company.

Today, we announced that Poshmark has entered into an agreement to be acquired by Naver, Korea’s largest internet company. This is a tremendously exciting point in Poshmark’s journey. I believe this step will provide us with more resources and the flexibility of being a private company, strengthen our ability to serve our sellers and shoppers with new technology and world-class search capabilities, accelerate our live selling efforts, and leverage Naver’s significant resources and expertise to scale our community as it expands globally.

Our mission has always been to put people at the heart of commerce, empowering everyone to thrive. We envisioned a vibrant community, equipped with leading-edge technology, that could share their style and create the largest network of shoppable closets across the world. By joining forces with Naver, we can build a more sustainable, more social future of shopping—on a much bigger scale.

Once the transaction closes, Poshmark shareholders will realize significant and immediate value – Poshmark will no longer trade on the public markets, and for those of you who own Poshmark stock, you will receive $17.90 in cash per share. We will continue to operate independently, as a standalone subsidiary of Naver. Our current management team, brand, mission, values and—above all—our focus on our community, will remain the same. What will change is our capacity to invest in the areas that will enable our community to thrive for the next decade and beyond.

The future of fashion is in your closet, and I believe that this future is brighter than ever.

Additional Information and Where to Find It

In connection with the proposed transaction between Poshmark (the “Company”) and Naver (“Naver”), the Company will file with the SEC a Proxy Statement, the definitive version of which will be sent or provided to Company stockholders. The Company may also file other documents with the SEC regarding the proposed transaction. This document is not a substitute for the Proxy Statement or any other document which the Company may file with the SEC. INVESTORS AND SECURITY HOLDERS ARE URGED TO READ THE PROXY STATEMENT AND ANY OTHER RELEVANT DOCUMENTS THAT ARE FILED OR WILL BE FILED WITH THE SEC, AS WELL AS ANY AMENDMENTS OR SUPPLEMENTS TO THESE DOCUMENTS AND DOCUMENTS INCORPORATED BY REFERENCE THEREIN, CAREFULLY AND IN THEIR ENTIRETY BECAUSE THEY CONTAIN OR WILL CONTAIN IMPORTANT INFORMATION ABOUT THE PROPOSED TRANSACTION AND RELATED MATTERS. Investors and security holders may obtain free copies of the Proxy Statement (when it is available) and other documents that are filed or will be filed with the SEC by the Company through the website maintained by the SEC at http://www.sec.gov, the Company’s investor relations website at investors.poshmark.com or by contacting the Company’s investor relations department at the following: IR@Poshmark.com.

Participants in the Solicitation

NAVER and certain of its directors and executive officers may be deemed to be participants in the solicitation of proxies from Poshmark’s stockholders in respect of the proposed transaction and any other matters to be voted on at the special meeting. Information regarding Poshmark’s directors and executive officers, including a description of their direct interests, by security holdings or otherwise, will be included in the Proxy Statement (when available). Poshmark stockholders may obtain additional information regarding the direct and indirect interests of the participants in the solicitation of proxies in connection with the proposed transaction, including the interests of Poshmark directors and executive officers in the proposed transaction, which may be different than those of Poshmark’s stockholders generally, by reading the Proxy Statement and any other relevant documents that are filed or will be filed with the SEC relating to the proposed transaction. You may obtain free copies of these documents using the sources indicated above.

We just announced an exciting roundup of new features at PoshFest. If you didn’t get a chance to tune in, don’t worry—we got you! Along with the beta launch of Posh Shows, we announced more seller features to keep on your radar. From listing to getting paid, check out these highly-requested features below that will be rolling out over the next few months to ac-SELL-erate your sales. 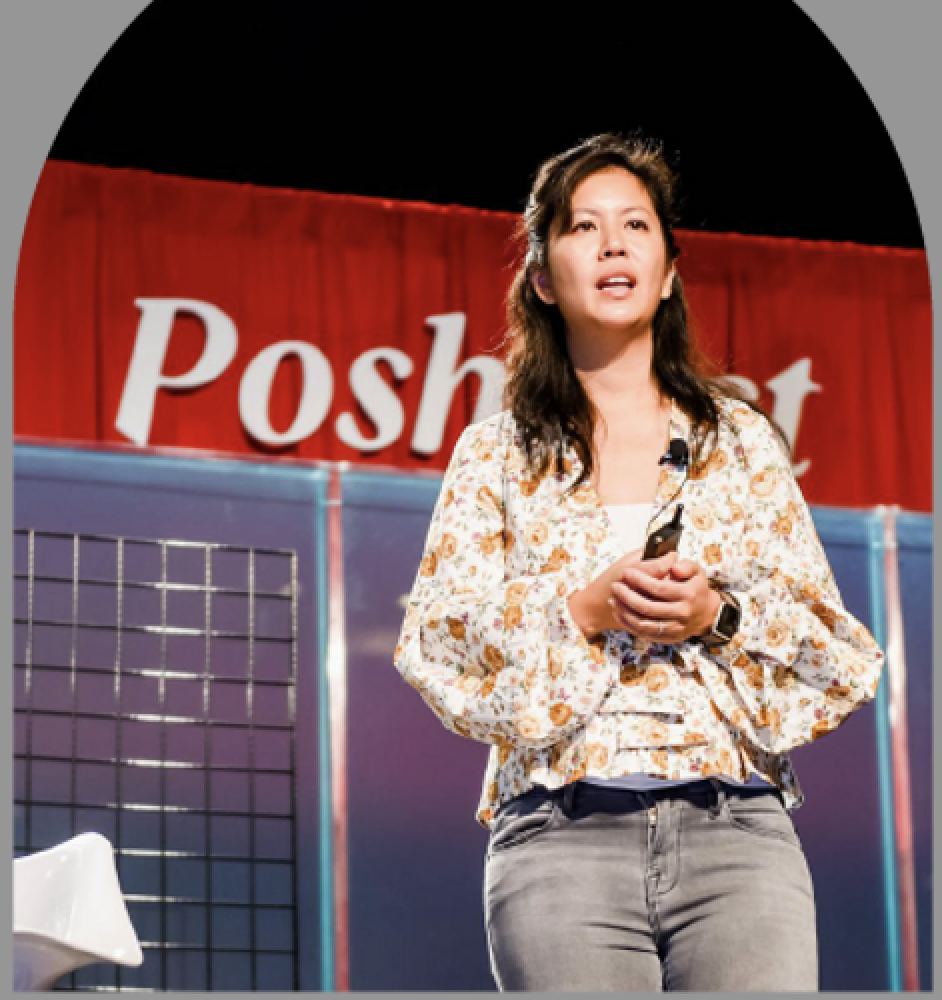 If you didn’t get a chance to tune in, be on the lookout for recordings of must-see sessions from this year’s PoshFest to level-up your seller knowledge:

It’s an exciting time to be a Poshmark seller. Whether you’re full-time or selling to make room for next season’s styles, we’re giving you the tools to sell, ship, and get paid faster than before. Want to be the first to see more posts like this? Subscribe to the blog and follow us on Instagram.

Posh Shows is a new feature currently in beta in the US and Canada, designed to bring the community together to shop and sell LIVE.

Check out some Posh Shows Beta FAQs below:

What is a beta test?
This is a test that releases a new feature to a small group of users. The goal is to gather feedback and then make improvements before it’s officially launched more broadly!

Who currently has access to create a Posh Show?
US: We are continuing to beta test with a small US-based audience and are granting access to Poshmark sellers on our waitlist, with priority access given to Posh Ambassador I and II’s. If you are interested, please fill out this form once. The current waitlist time is approximately 16 weeks, and we will notify you by email as soon as we’re ready for you! Please make sure that you have opted into receiving Poshmark emails, by going to the Account tab > Notifications > Email Notifications > Announcements.

Canada: We also recently began beta testing with a small, invite-only Canada-based audience. All Posh Ambassadors were invited as participants on a first-come, first-served basis. To sign up, please fill out this new form.

Who will be granted host access next?
US: We will slowly begin granting access to our Posh Ambassador II community during the next phase of expansion in 2023. If you’re currently a Posh Ambassador II, stay tuned for more information via email in the coming months. Please make sure that you are opted into receiving Poshmark emails by going to the Account tab > Notifications > Email Notifications > Announcements.

Interested in becoming a Posh Ambassador II? Please review the criteria and benefits here. We plan to release access to the broader seller community soon and are taking a phased approach to ensure the best experience for Posh Shows hosts and shoppers.

Canada: We are granting Posh Shows access on a first-come, first-served basis to Posh Ambassadors in Canada. To sign up, please fill out this form and look out for updates regarding next steps sent via email. We look forward to involving our entire seller community after the beta testing period has ended.

For more information on how to reach Posh Ambassador status, click here.

Can anyone join and/or shop a Posh Show?
All Poshmark users can join shows. However, please note the following:

If you want to support fellow sellers, view shows, or shop—please head to the Shop tab in the app. Be sure to update to the latest version of the Poshmark app.

Can I purchase items during a Posh Show?
Yes! A seller can choose to feature their listings during a Posh Show. These featured listings can be purchased by placing a bid on an item during an auction. Please note that all bids are binding. Your items will ship just like any other purchase.

App update alert! In this series, we’ll be rounding up some of our newest features and feature upgrades so that you can stay up to date on all the latest and greatest that were made exclusively for you, all in one place.

We create tools with you in mind, so that selling on Poshmark is simple and flexible for your lifestyle. Check out what’s new.

Your closet now has a unique QR code, making it even easier to connect. Simply show your QR code to link people directly to your closet—here are some ways you can use it to connect.

Find yours by heading to the Account Tab and scrolling down to QR Code.

P.S. This is available on mobile

Regret declining an offer? Now, you can accept a buyer’s last offer—even after you’ve countered! This will send the offer back to the buyer, and they can accept it to secure the purchase. Here’s how it can benefit you.

We know you’ve been asking for it, and it took us longer than expected, but the wait is over. Select All is now available when using Bulk Listing Actions to share to followers and Posh Parties!

Tap the tools icon in your closet to try it out.

BONUS: Select All has also been added to My Shoppers!

P.S. Not seeing it? Update your app to try it out.

Rotating Images on Your Phone

Now, you can rotate photos directly on your phone when uploading images to listings, making it even faster to create listings on the go.

P.S. PoshFest is right around the corner and we can’t wait to let you in on what we’ve been working on! Haven’t bought a ticket yet? Click here to secure yours now!

As you may know, we recently rolled out a new default sort option for search to launch a more relevant search experience for all Poshers. Recommended sort takes into account sharing as well as a number of other aspects. Since rollout, we’ve seen huge improvement in the buyer experience and seller sales across the board. But we have heard your feedback. This new sort order is simply not working for many of you.

As a result, today, we will be switching back to just shared as the default sort option for most users. We will continue to improve our search to provide a better experience for shoppers and help sellers get more exposure via sharing and relevance. We will re-release a new version after further test and iteration.

In closing, I value your partnership in creating a space fueled by the voices of our community and propelled by the work of our team. Please comment below to share feedback. We will be monitoring and actioning them, we are here to listen.

Welcome to #thePoshLife, a blog by Poshmark! Here you'll find everything from Posh Tips to exciting new app updates.

Head over to the Poshmark Community Toolkit—your one-stop destination for mastering the ins and outs of running a successful Poshmark business, connecting with the community, and more. Check it out, here!